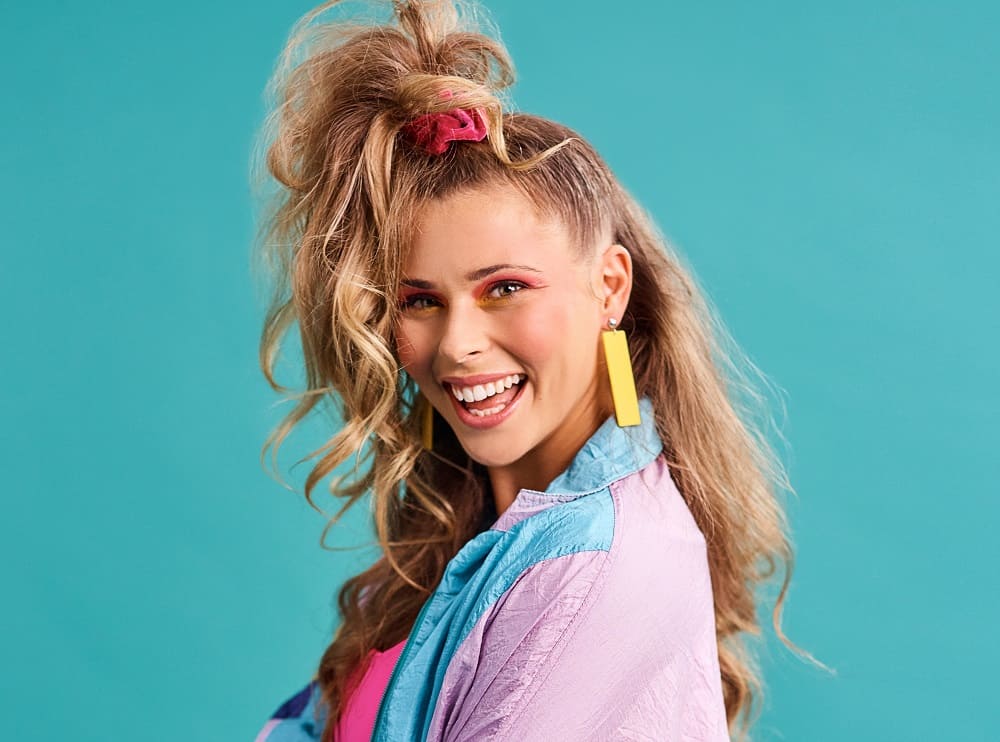 The 1980s were known for their creativity. Things that were unimaginable before that time and are still incredible today were created during those years.

In terms of hairstyles, the 1980s were a game-changer. Celebrities of the time experimented with hairstyles that have since become iconic. Today, some 80’s haircuts are being worn with modern touches. As a result, it’s worthwhile to recall the popular styles of those memorable times with minor modifications. Here are our 25 ideas of 1980s hairstyles that can be worn today. 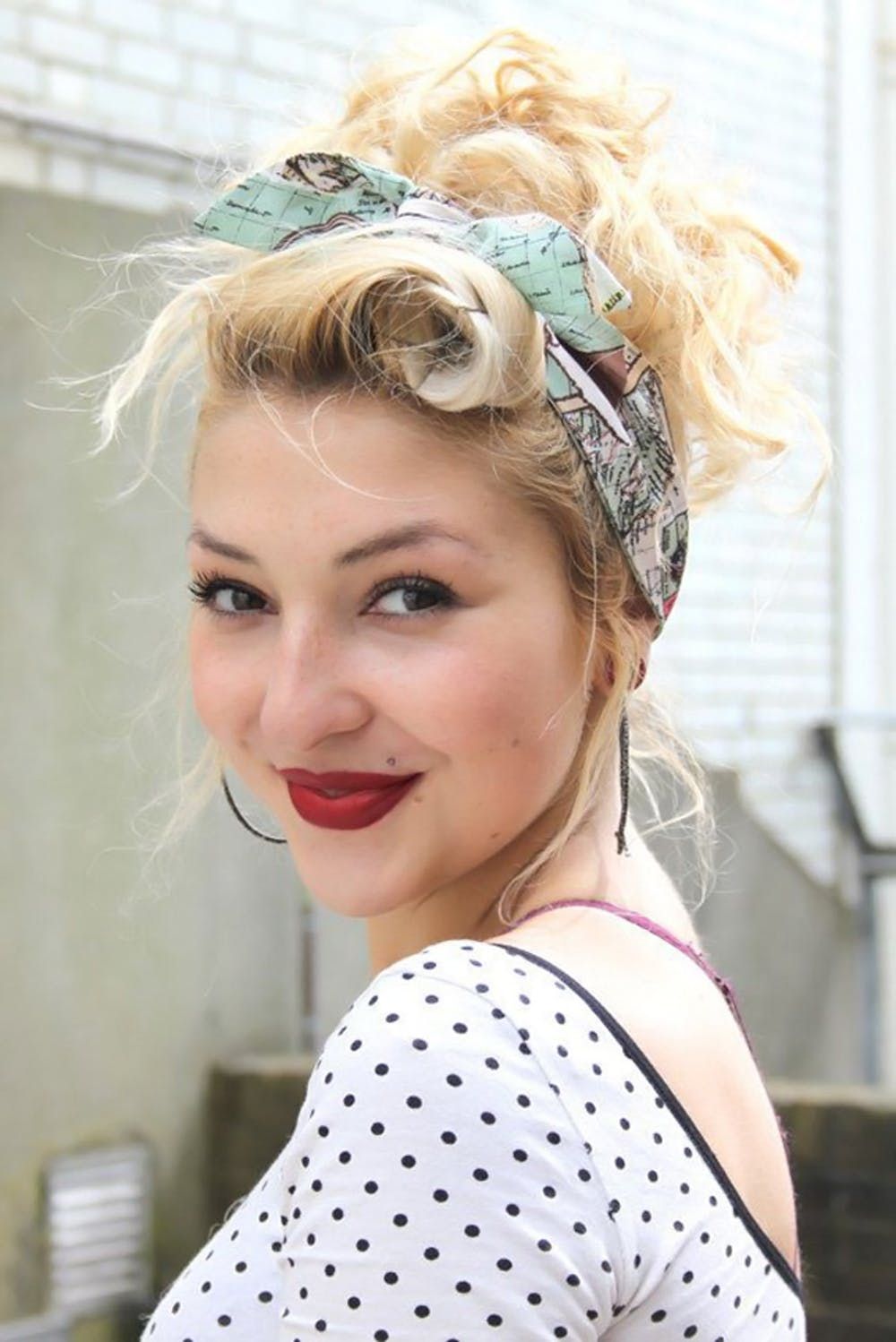 Bandanas were popular hairstyles in the 1980s. These hairstyles involved tying a knotted scarf around all of the hair. There was the option of leaving a fringe outside the updo or incorporating it into the rest of the hair. A simple garter was used to cover the scarf to keep the updo.

The scarf’s appearance could be sleek, rocker, or rugged. 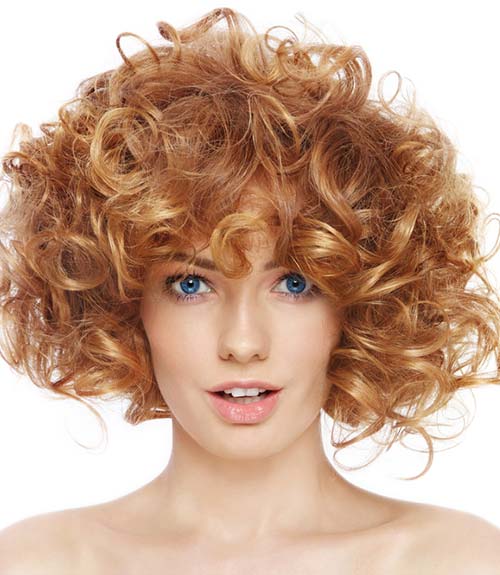 The curly look of hair was a popular hairstyle in the 1980s. The hairstyle appeared disheveled, but the truth is that it required effort. Many volumes and a fluffy appearance distinguish the messy curly hairstyle. 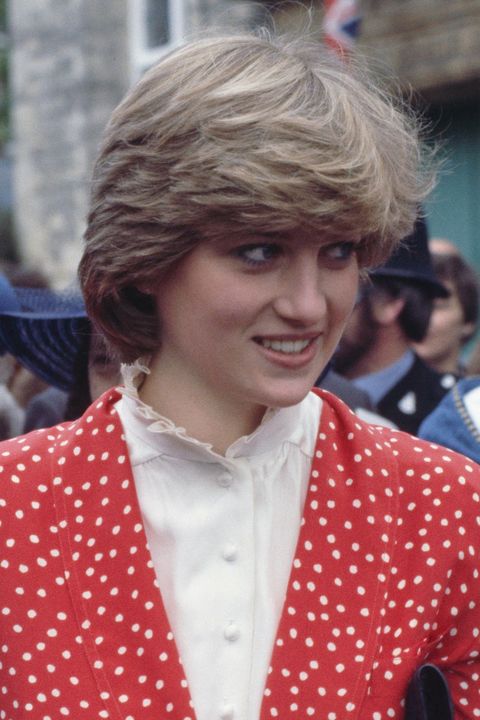 Many women adopted the short hair trend in the 1980s. These ladies decided to wear their hair to one side to add volume. The hairstyle’s finish exuded elegance and complimented the wearer’s facial features. It’s also worth noting that hairspray was necessary for this hairstyle. 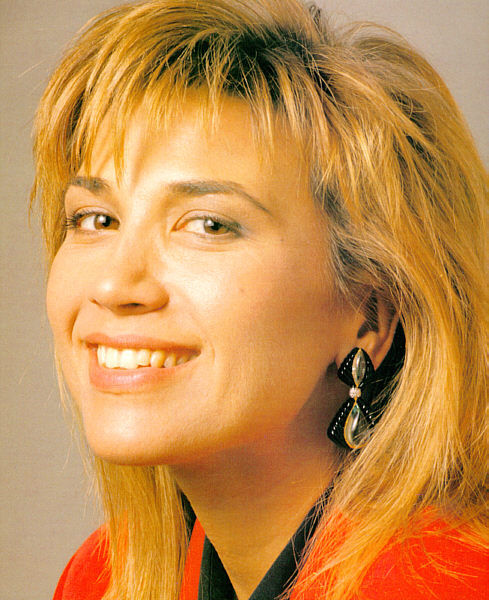 The artist, Julia Otero’s hairstyle was considered a great revolution at the time. The artist’s name became associated with this hairstyle, and many attempted to imitate it. The hairstyle involved wearing it straight at the bottom. On the other hand, the bangs or top part of the hair had to have ends pointing to different sides. 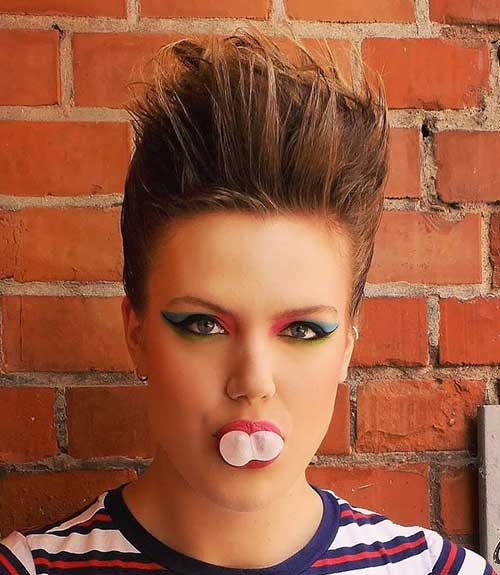 Wearing your hair combed up was a popular hairstyle in the 1980s. Short hair was required for this style to be successful. Furthermore, the use of chemicals such as hairspray was needed. The main essence of this style gave a very rocker appearance. 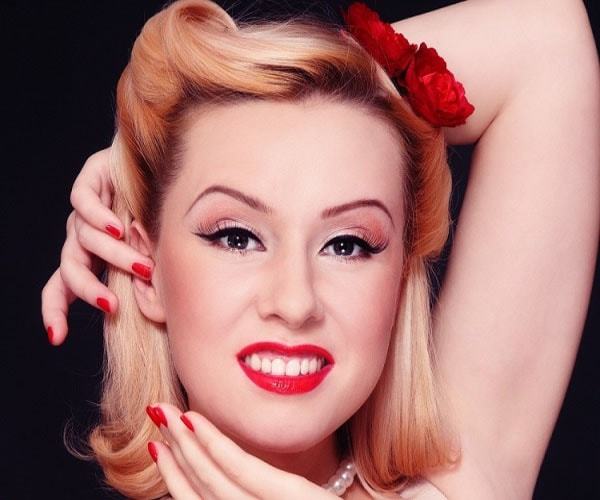 A style that used a flower in the ’80s was known as “pin-up.” This hairstyle entailed leaving the hair loose and creating thick, voluminous waves. Furthermore, the bangs had to be pulled back before incorporating the flower. The hairstyle made women appear youthful and flirtatious. 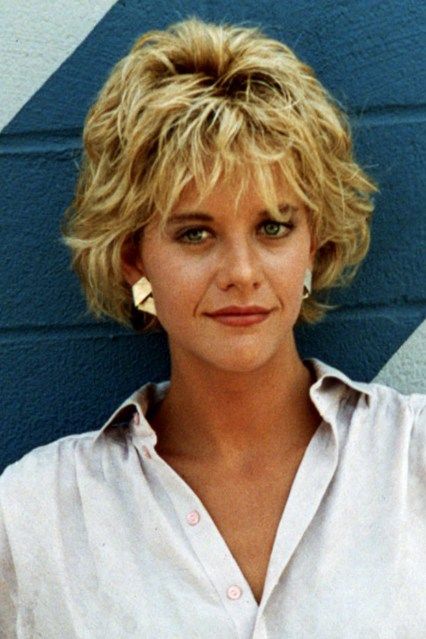 During the 1980s, many people copied Meg Ryan’s short hairstyle. As a result, this woman’s hairstyle can be added to the list of iconic 80’s hairstyles. 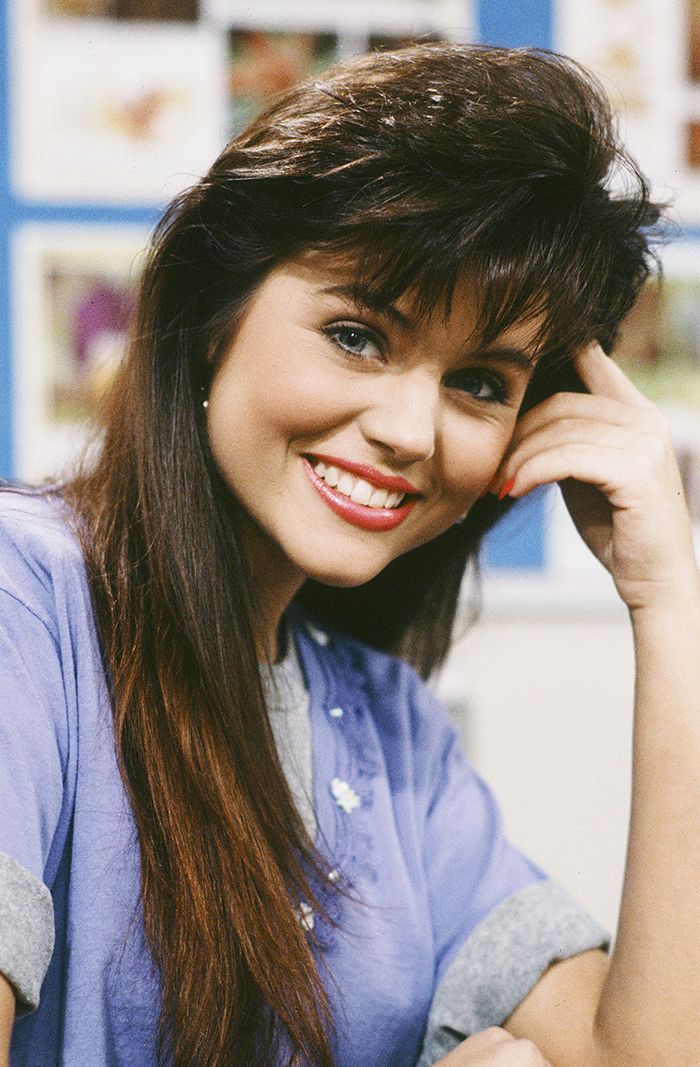 In the 1980s, men began to wear hairstyles that incorporated straight and wavy ends. Later this hairstyle was modified into a famous women’s hairstyle too. The hairstyle featured straight hair distributed in long lots placed upwards. These ends had to be separated. 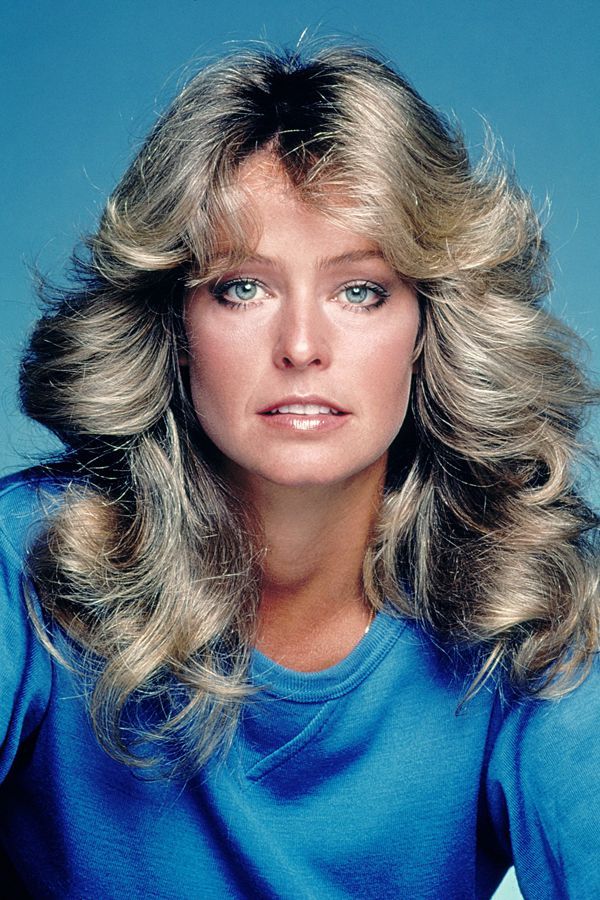 Various male artists of the 1980s imposed the long hair trend. Some men of the time began to accept the idea of having long hair. As a result, images of men with 80’s hairstyles with long straight hair are familiar. But women also continued this trend for an extended period. 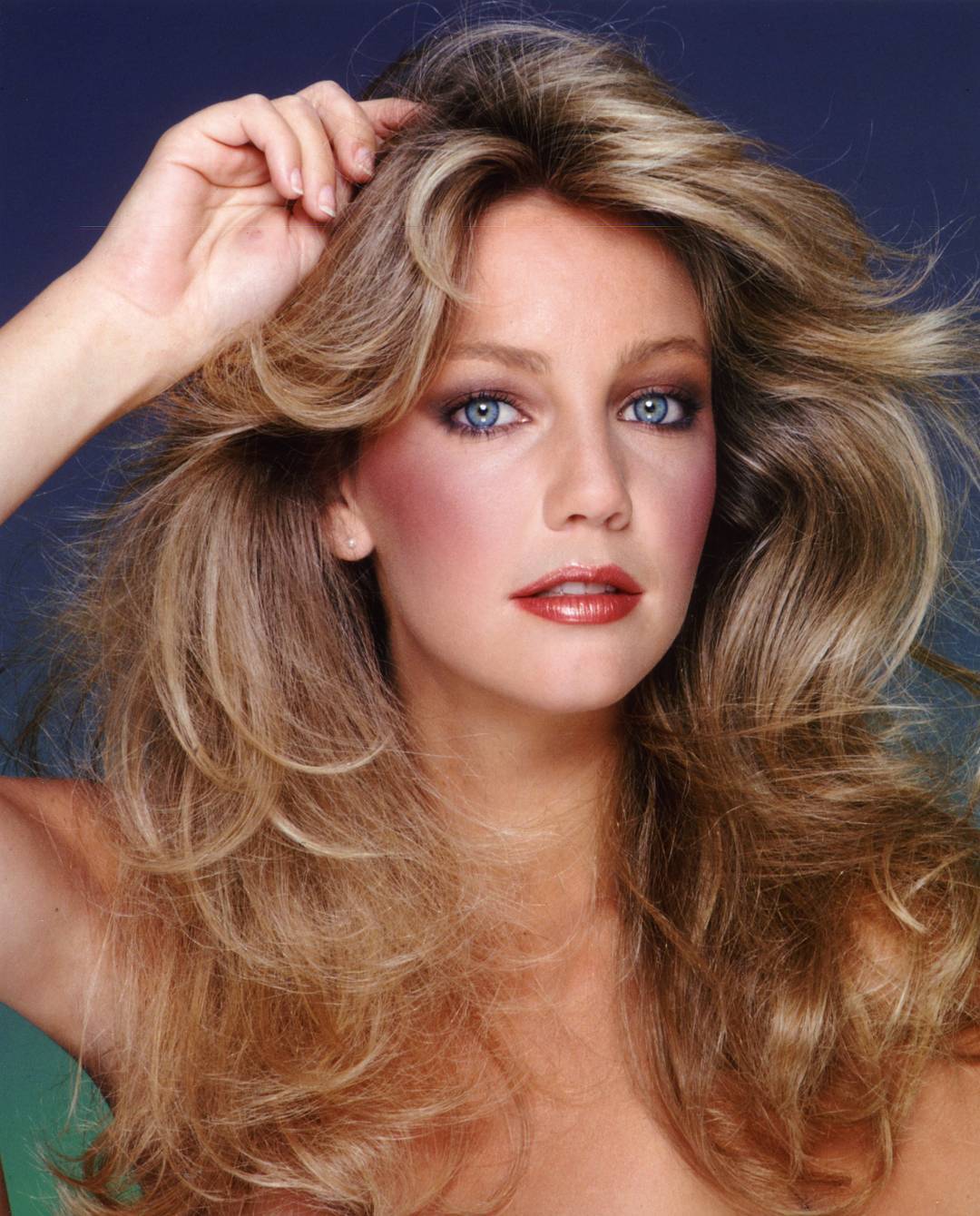 The waves are a simple and beautiful 80’s hairstyle back in style. These waves should have a lot of volume but are natural. 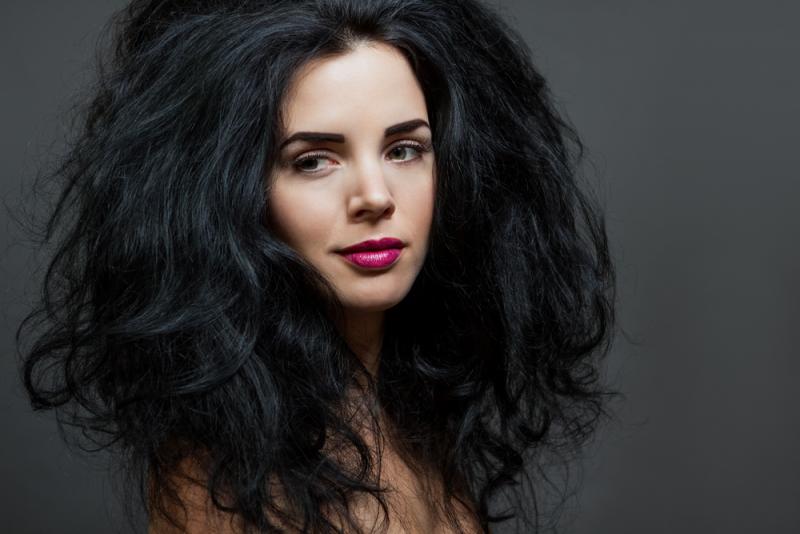 A man of extreme volume distinguished the hairstyles of the 1980s. The phrase ‘less is more did not apply during this decade.

How did they accomplish this? With a heavy dose of hair spray. This product did an excellent job of keeping the hair’s volume and texture for hours.

12. Curly to the Hundredth 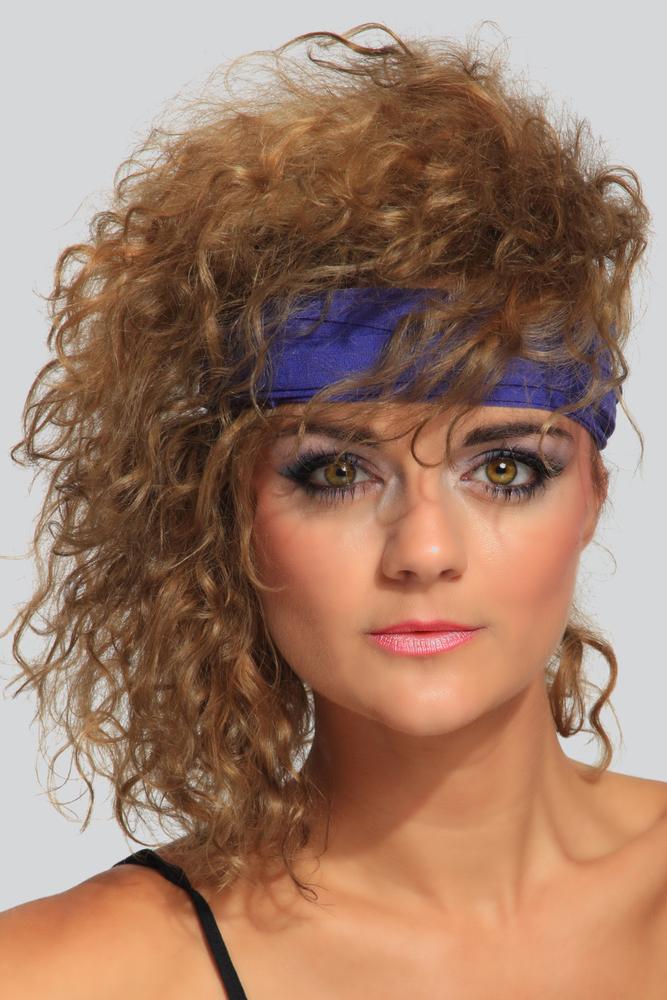 You were already on the Other Side of the fence if you had curly hair. However, many women used chemical treatments to achieve this iconic 80s hairstyle: the perm.

This hairstyle was available in several variations, including pinned up in a half-side ponytail, fountain ponytail, and loose. The most popular look was to wear the iconic headband with vibrant curls—the perfect look for an aerobics class. 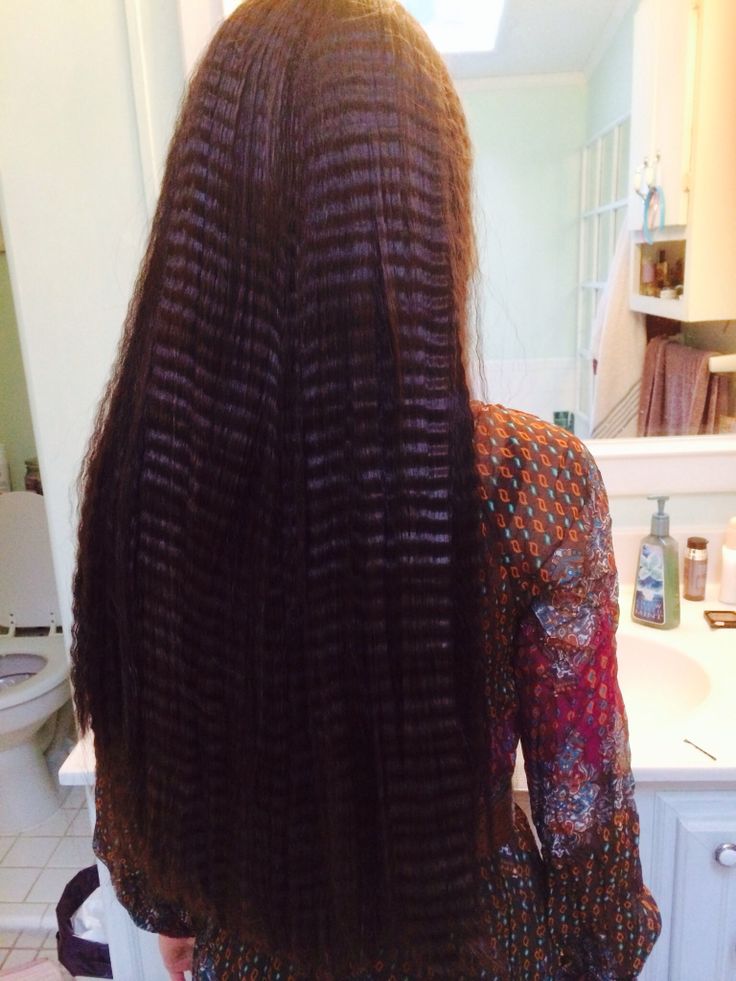 The waffle texture was a favorite of many girls in the 1980s. To achieve this 80’s hairstyle, you’ll need a great flat iron that uses heat and a pair of wavy plates to style and texture the hair. 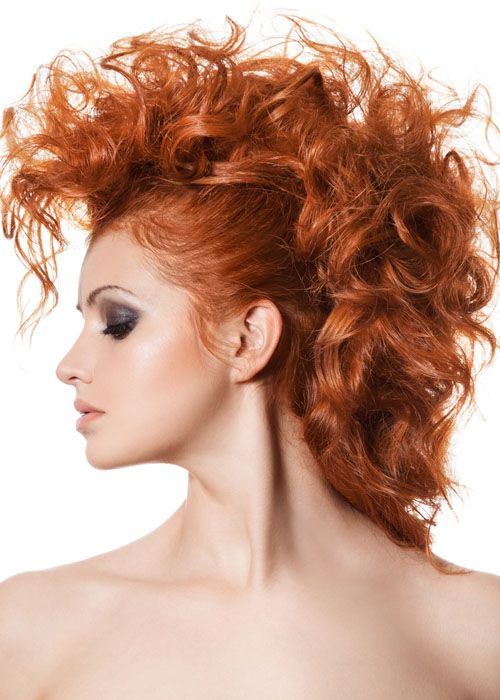 This hairstyle from the 1980s combines volume and texture with an unusual updo that necessitates a generous application of hairspray. 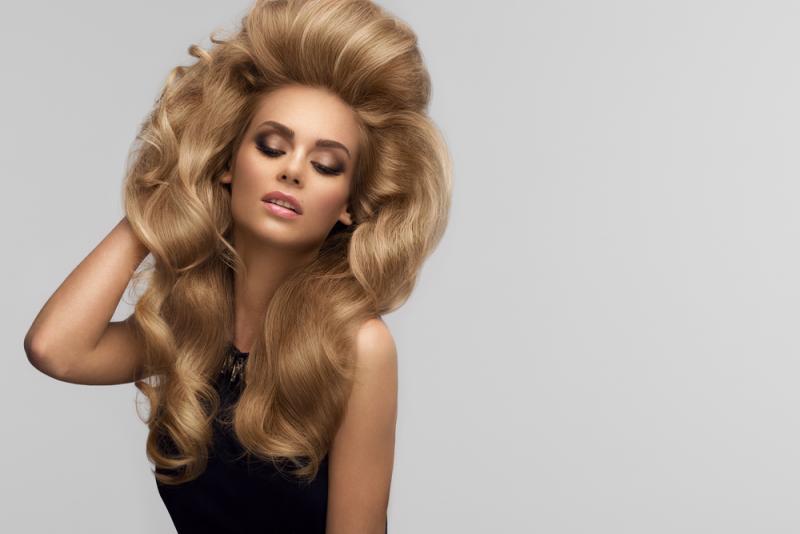 Did someone mention volume? This trendy 80’s hairstyle projects the fullness of the heavy use of hair sprite. Furthermore, the crepe required to achieve this high top can weaken the hair further and irritate the cuticle due to the constant friction of the comb against the hair. It’s iconic and straightforward to wear, even if you only have half a mane. Brush your hair and use a scrunchie to tie a ponytail at the top of one side of your head. Then, let a few strands fall in front and tousle a little for an easy, relaxed look. Raise your hand if you were born in this decade and met someone with this hairstyle. And the equation is complete with a shirt with extra large shoulder pads. A pre-shave is used to create the jopo: hairspray, hairspray, and more to ensure that no hair is out of place. 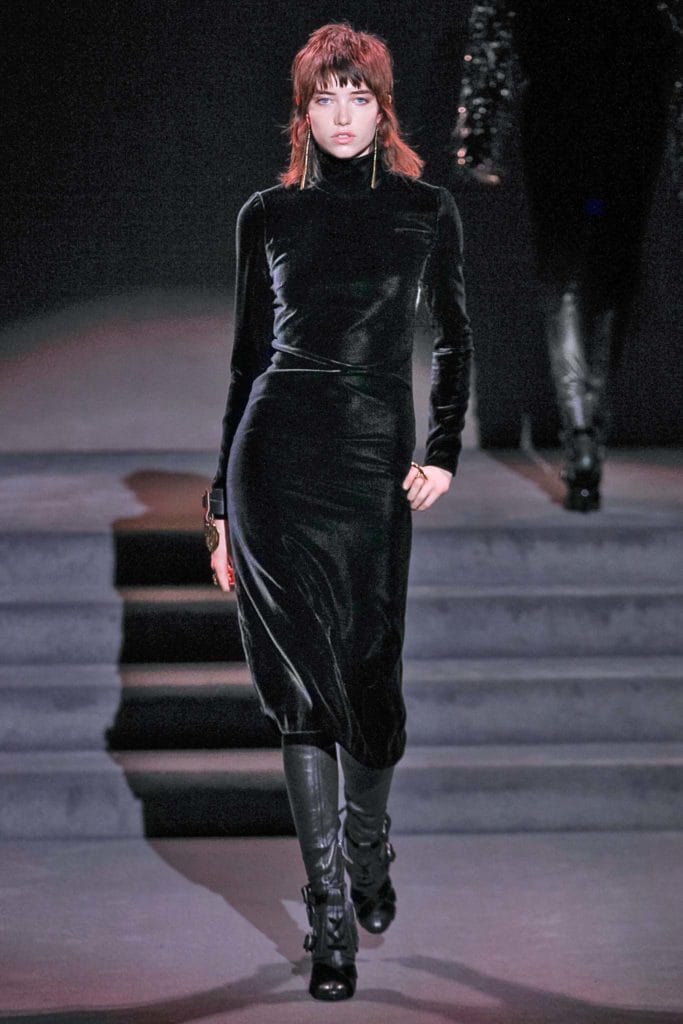 Is there a unique cut than this? His return is long overdue, but we expect to see him on the streets sooner or later. How does the famous mullet look? The front is short, and the back is long. The lengths may differ slightly, but the contrast makes it unique. The undisputed reference for this hairstyle is the alter ego of glam rock’s king. 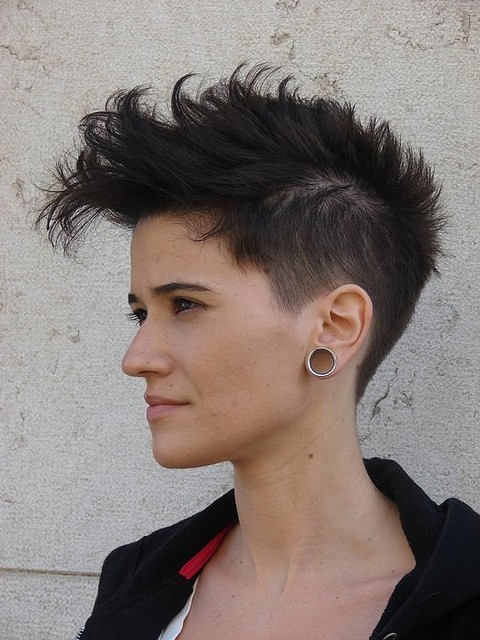 You are ready to experience the famous hairstyles of the 1980s with a side parting – which is making a comeback today – volume, and long bangs. Always style it with volume, as this sets it apart from the crowd. The fringe that falls over the face completes the mystery. The hair is tousled, slicked back, and textured, with a headband on top. The iconic accessory of 1980s hairstyles was the headband. This look could not be more 1980s. Bows, volume, satin fabric, a one-shoulder cut, and irreverence are all present from top to bottom. 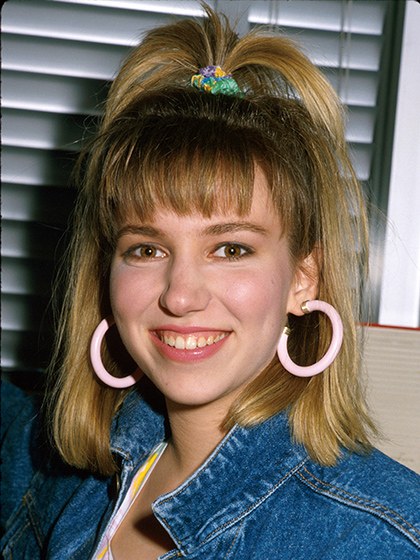 Another look that defined the era and earned a spot among the hairstyles of the 1980s was the half-high ponytail with curls. This inspiration has defined curls, volume, and an eye-catching color contrast achieved through balayage. 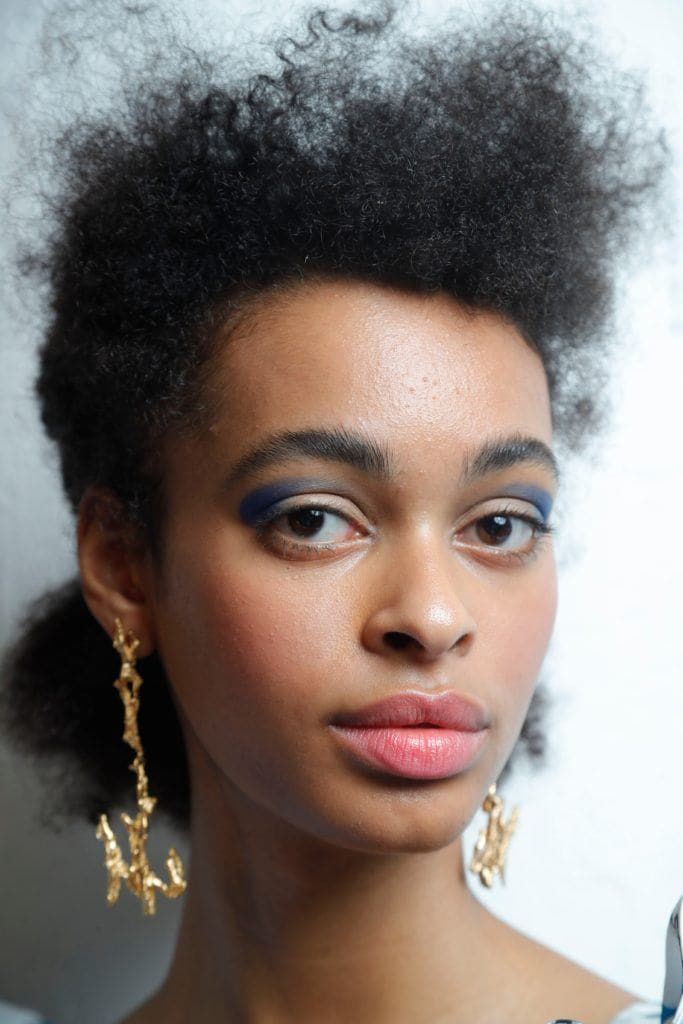 The poodle hairstyle was trendy in the 1950s and then had a big moment among the hairstyles of the 1980s. The sides are close together, and there is a low half bun with volume in the fringe. Do you remember the Flashdance star? It’s ideal for girls with afros or tight curls. Although straight hair can be used, the results are different. Boy George is a chameleon, but if one look from the 1980s stands out, it is this one. It has several spices, including the hat, scarf, and ribbon or wool braids. This combination adds color, texture, and, without a doubt, personality. 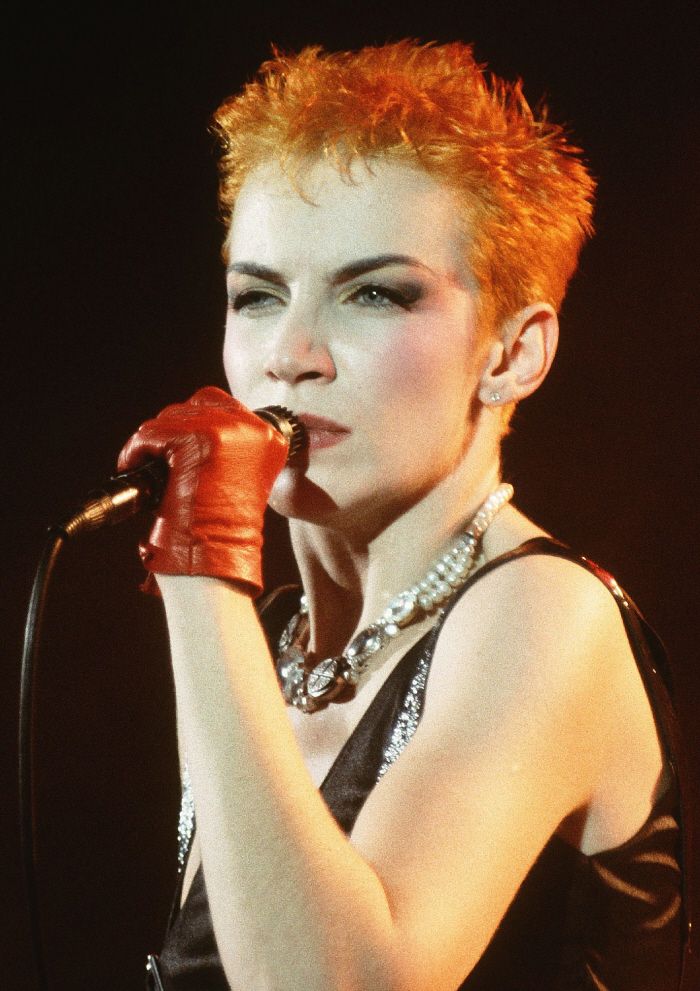 Back in the 1980s, the pixie cut was also popular. What is the pattern? It looks great with orange hair and is well-lit. Of course, with the era’s unmistakable ponytail. From Annie Lennox to David Bowie, this look made history on the shoulders of more than one androgynous icon. 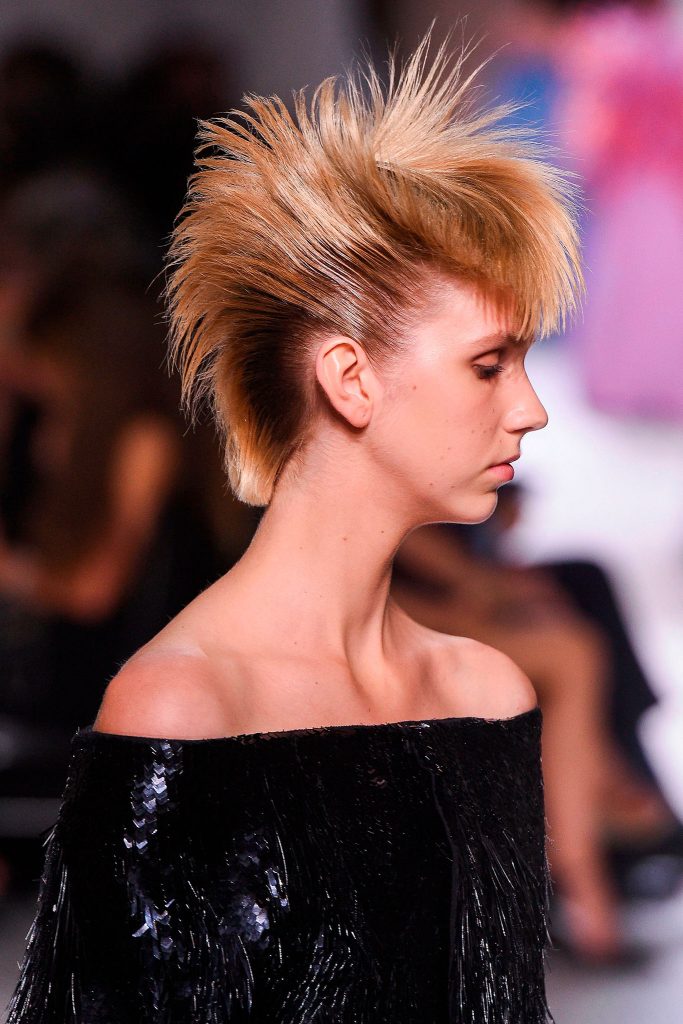 Upwards were trendy in this decade, particularly among musicians. It’s been heard by Billy Idol, The Cure, and other cult bands. Anything is possible with a gel’s help, including this side updo. 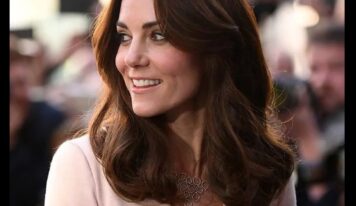 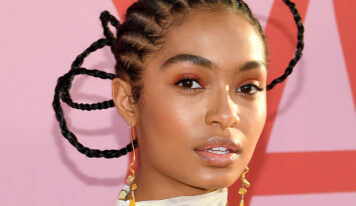 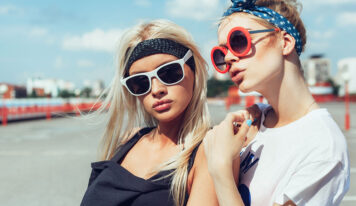 40 Trendy Bandana Hairstyles to Inspire You!