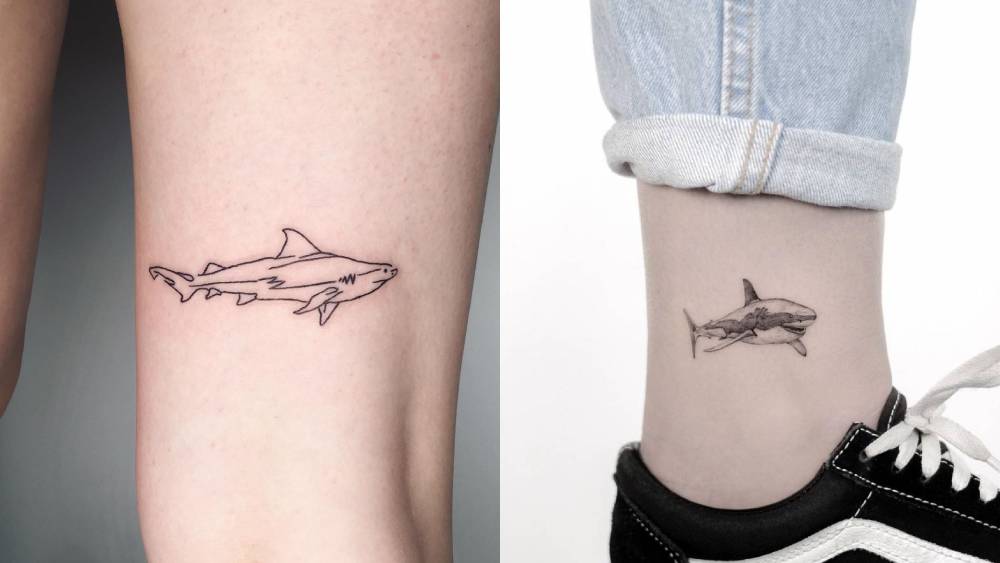 Sharks are the ultimate emblem of our deepest anxieties, of dark depths and the coldness of the predators that await us. Sharks are mighty, domineering creatures that serve as a stark reminder that man was not the first to venture into the sea. Hollywood has joyfully stoked our fascination with these behemoths with films like Jaws and Deep Blue Sea, while ancient shark legend has an almost otherworldly, alien-like aspect. Since time immemorial, these terrible yet unquestionably majestic monsters of the deep have struck horror and intrigue in the hearts and minds of seafarers and landlubbers alike.

They are the ultimate emblem of our deepest anxieties, of dark depths, and the coldness of the predators that await us. Below are the fascinating shark tattoo ideas that you can try if you are that one person who is nostalgic about the sea life or you feel like you want to try something new.

Whale sharks are among the fascinating creatures in the whole of the universe. They are known for their slow paces and their massive size. These creatures have a lot of power that the divers are advised to divert when they see them. They symbolize strength and energy that is in the see when used in the tattoos. This is tattooed by anyone who wants to show that they are the kings of their homes despite the way they may seem. 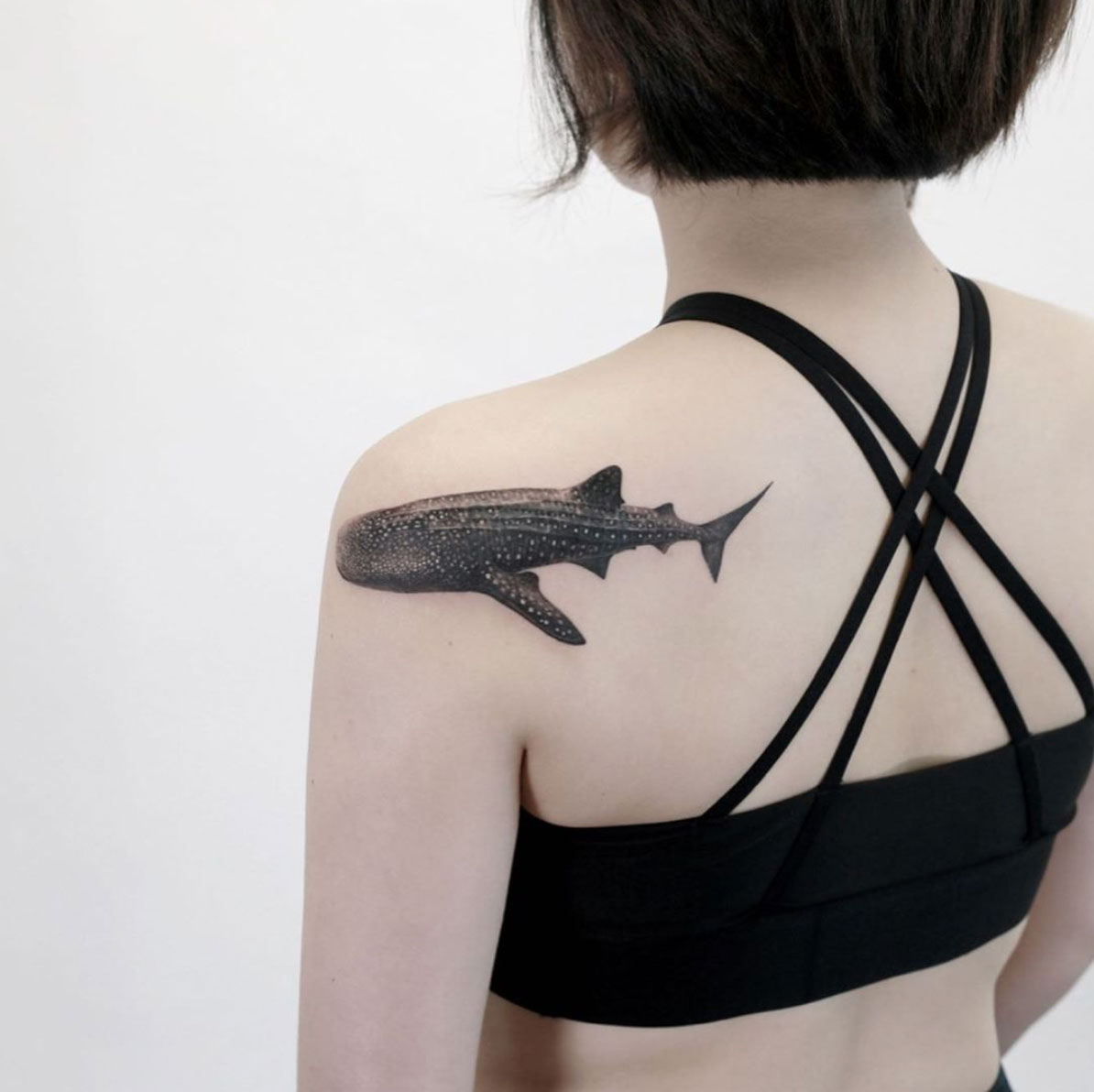 The hammerhead shark’s tattoo got its name because of their heads’ unique and distinctive structure, which are flattened and laterally expanded into a “hammer” shape. They aren’t as deadly to humans as some other aquatic critters. As a result, sailors and swimmers acquire hammerhead shark tattoos as a type of good luck charm. This theory holds that the hammerhead shark will keep other hazardous sharks and creatures at bay while you’re out on the ocean. 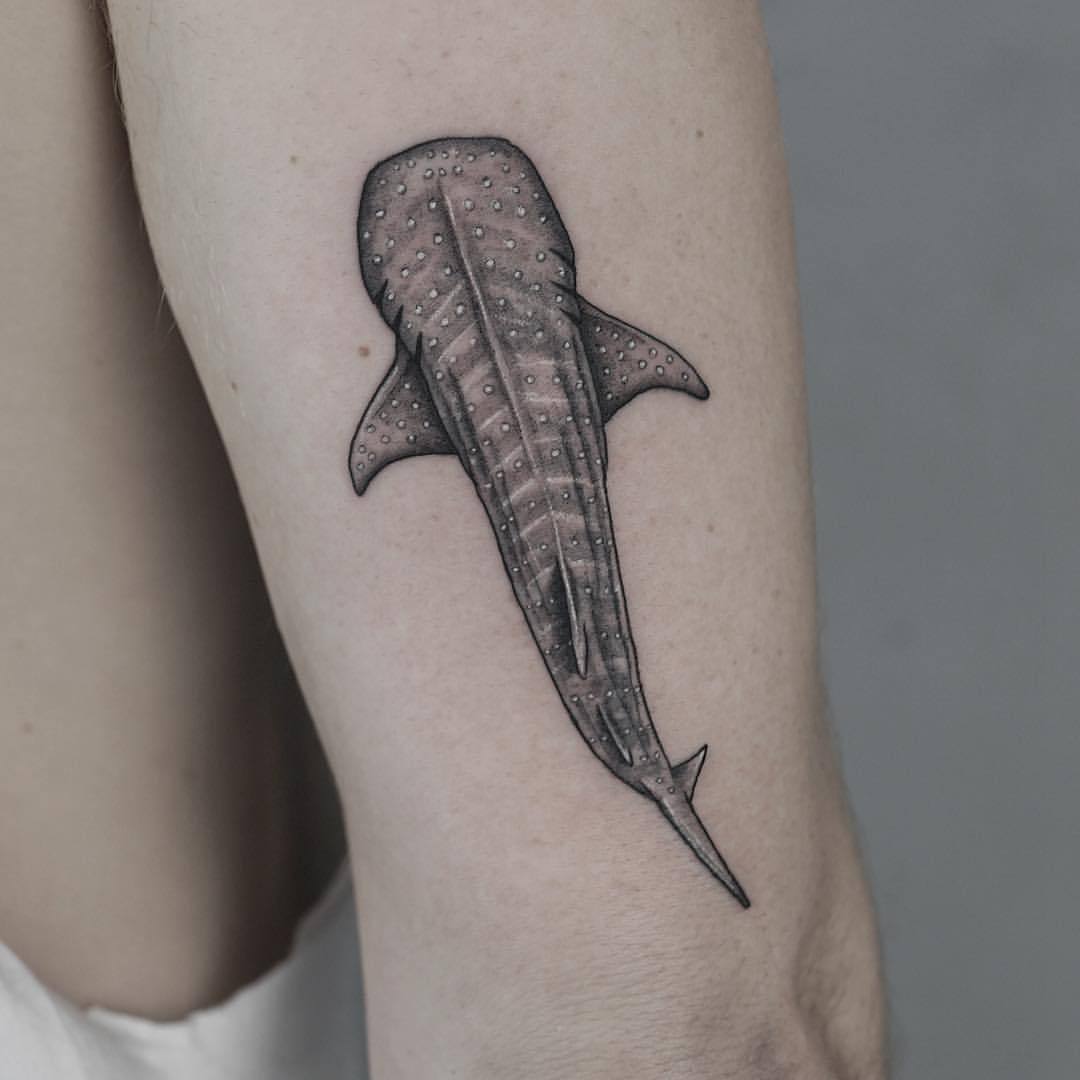 One of the most convenient things about tattoos is the artist can vary tattoos sizes to fit whichever place you want them on your body. You can have it prominent on your thighs; this place is a bit secretive, but consider it when you are out having fun in some swimming pool somewhere. You will attract all the attention. That’s why one can never go wrong with this tattoo design. 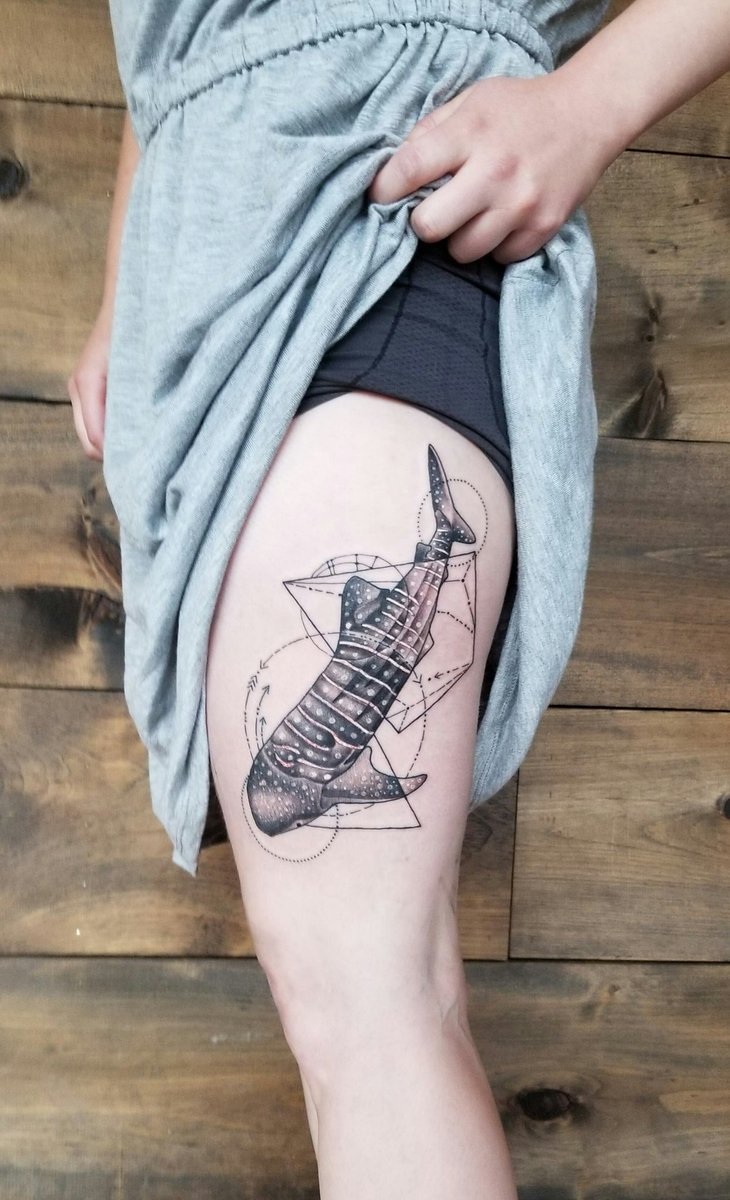 4. A Tiny Tattoo Of A Shark On The Back Of The Neck

Many people perceive this magnificent animal just as a cunning entity always on the lookout for a victim. The shark has become a symbol of a savage murderer as a result of popular culture. But when you consider this tiny shark tattoo at the back of the neck, all you will see is its beauty. This is meant for any lady who wants something that cannot attract attention but can still be seen. 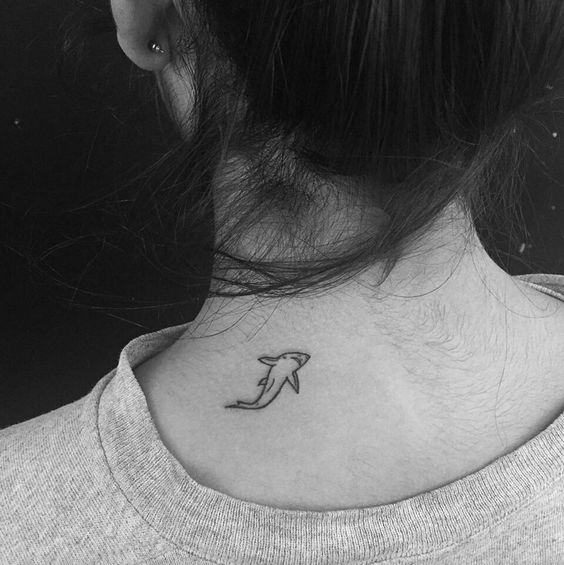 Sharks represent an intense desire for life. For many people, this reflects their way of life – go hard or go home dead. People with a shark persona enjoy every day to the fullest and strive to achieve their goals at full speed. They are zealous in their objectives, and it is because of this, sharks and people with shark personalities are the top predators in the shark tank of life. 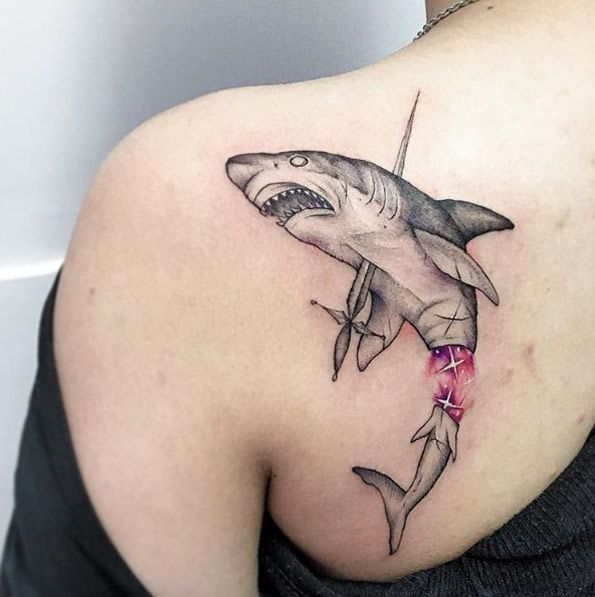 When you closely look at the tattoo, you will notice that it had deep outlines on the body and fins. It is tattooed on your body to remind you of the importance of seizing opportunities as they arise. This shark tattoo style is also be used to depict the smooth transition from one stage of life to another. This is an excellent tattoo for your upper arm because it is modest but visible throughout the warmer months. It looks best in a single colour, such as black, as a simple tattoo.

7. Cool Shark Tattoo On The Arm

Arm tattoos are unquestionably the most popular. Based on hundreds of tattoos, we can conclude that it is likewise the most popular among men and women. Arm tattoo ideas vary significantly since it all depends on the style you like. The upper section is ideal for individuals who do not want to show off their tattoo too much, while the lower area is ideal for displaying your body art. 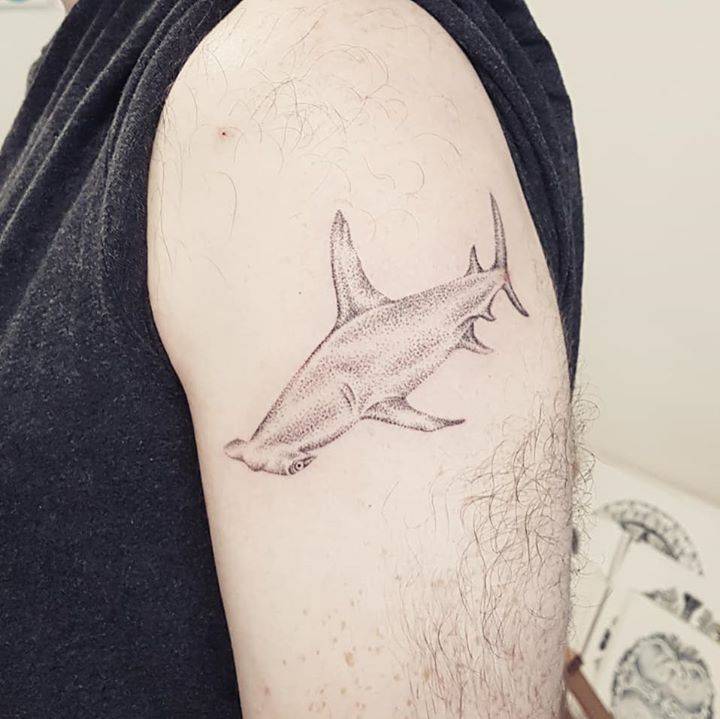 Many people across the world do not give much thought to the ocean. They know it’s there, they’re pleased to see it, and they occasionally like going in it and facing the forces – but it’s still not a massive part of their life. Then there are the water babies. If you are a member of this group, you will be impressed by this tattoo. It occupies the smallest part of your by hence creating a bigger space for other tattoos. 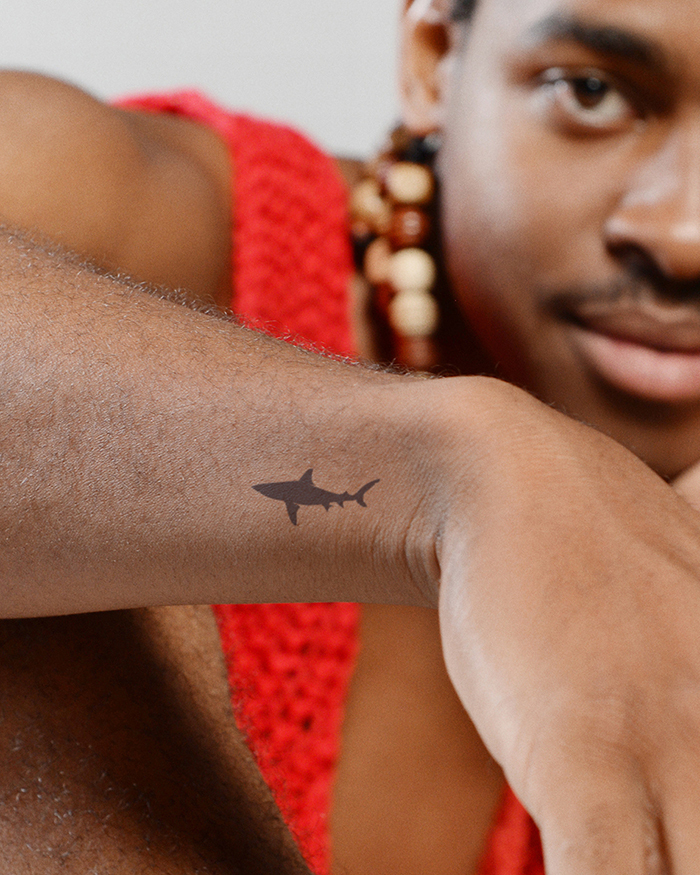 Black and grey colours aren’t as restricted in terms of subject matter, showing everything and everything accurately in shades of grey, which were initially created by diluting black ink to produce a spectrum of hues. This, when integrated into tattoos, has the best tattoo design. Shark tattoos can also be beautified by adding a little geometry to the plan 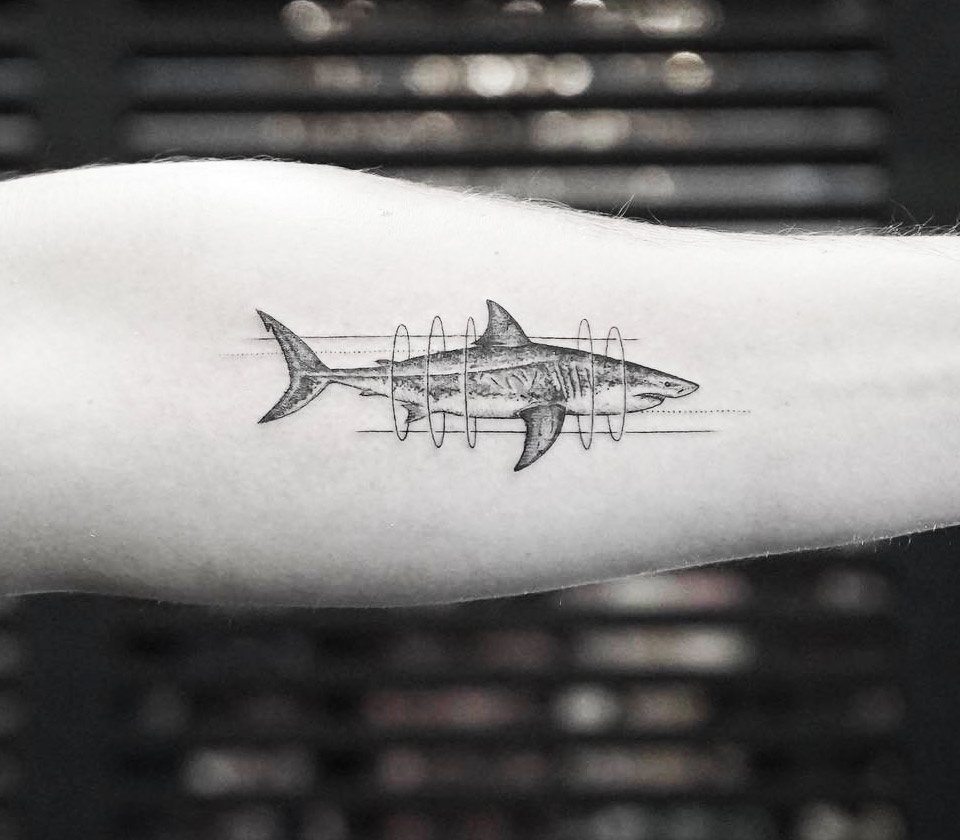 How long have you been putting off getting a collarbone tattoo? Stop spending time deciding what type of collar bone tattoo to have; collar bone tattoo ideas are fantastic; make sure you obtain a medium-sized shark tattoo. We could go on and on about how much we adore shark collarbone tattoos, but the top three reasons are: they’re cute, they’re incredibly realistic, and they demonstrate the artist’s expertise. 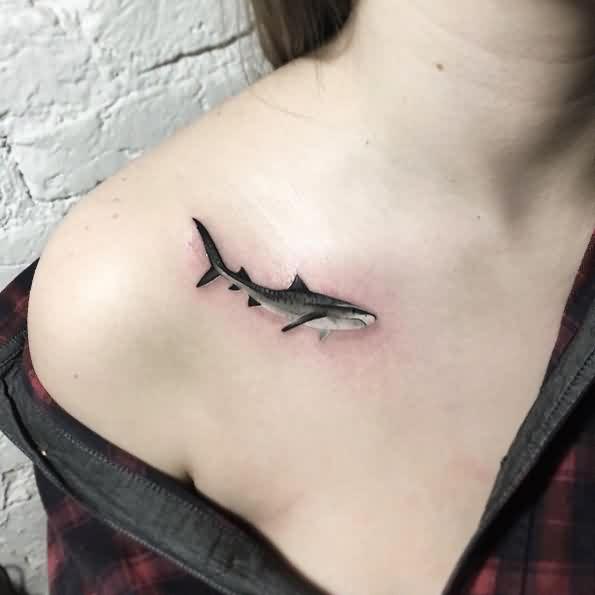 There are a few hypotheses that hold when it comes to developing your body art design. Any tattoo artist will tell you that it is ideal for creating a design that reflects your personality and the message you want to convey to the world. Because your new shark ink will not be wiped with a magical eraser, taking the time now to produce a masterpiece will save you years of regret and your money afterward.